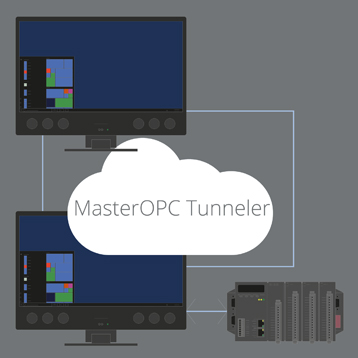 Need to connect a remote OPC DA/HDA server but cannot configure the connection due to security issues? Master OPC Tunneller proposes an easy and compact solution for all DCOM security problems. Using Tunneller allows you configure a remote OPC server and make data transfer more secure by the virtue of its data encryption methods available. In addition, being based on the OPC UA technology, MasterOPC Tunneller allows you to build any OPC network structure and connections.

When building complicated automation systems, creation of distributed systems sometimes is inevitable, in which cases an OPC client is connected to one or several OPC servers running on remote computers (workstations). OPC technology solves this problem by standard means: DCOM should be configured on each machine. However, if those machines belong to different LANs (for instance LANs separated from each other by Internet), such a communication procedure could be a difficult task to handle, and would require to use VPN technologies.

Some companies offer special programs that facilitate connection of remote OPC servers over routed networks. Such programs are commonly named “tunnellers” or “bridges”. The essence of this solution is described below. A special OPC client, the one side of a tunnel, is installed on a machine running the OPC server. The OPC client acquires data from the server and then transfers data via a compatible tunneling protocol in contrast with OPC communication establishment methods with routed networks which should comply with the underlying network architecture and protocols. On the remote machine, a program is installed, which receives data via the tunneling protocol and then outputs them via OPC interfaces, so an OPC client installed on the remote machine thinks that gets data from a local OPC server. Such a communication scheme solves both the problem of DCOM configuration and the problem of secure data transfer. However, most companies use in such products their proprietary (elsewhere incompatible) communication protocols between two parts of the tunnel.

The peculiar about MasterOPC Tunneler is that it uses OPC UA as an intermediate protocol, and the entire solution is based on the plugins of Multi-Protocol MasterOPC Server. Data is encrypted and transferred in binary sequences. This grants a number of benefits:

In addition to conversion functions of OPC “classic” interfaces to the modern OPC UA interface, other standard plugins can be plugged into Multi-Protocol MasterOPC Server. 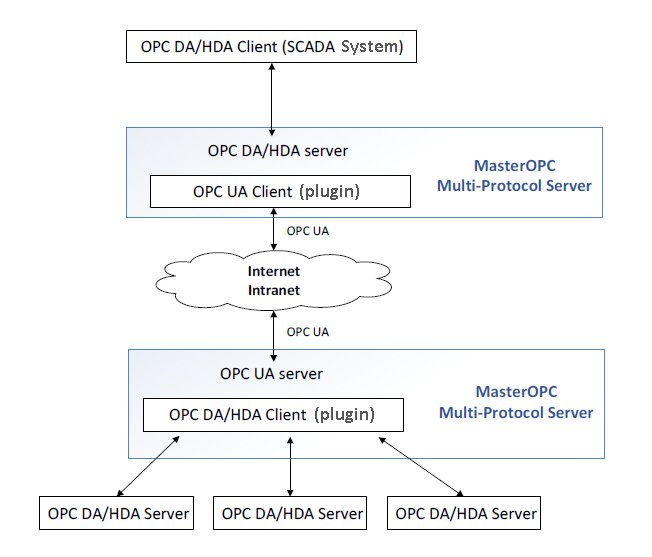 A server plugin can be purchased separately; this provides flexible selection of configuration for any specific task. 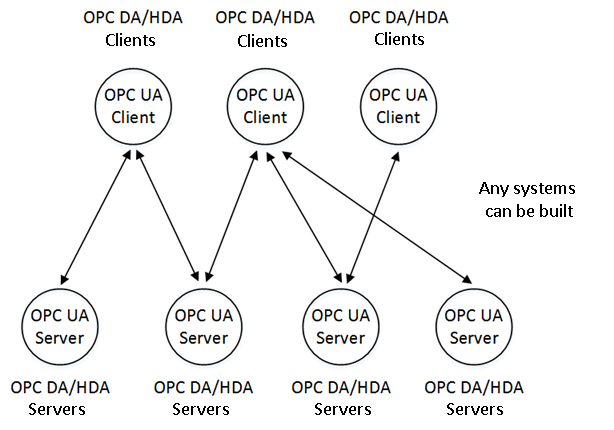